A Bit About Talking Rock Georgia

A Bit About Talking Rock

"Several legendary accounts are given with regard to the naming of Talking Rock; one is the story of an unusual echo that was supposed to come from a nearby rock cliff; while another story tells about a rock with which some of the Cherokees played a trick on one another. The little town is situated on a creek of the same name. Being on the Old Federal Road, it was one of the eearliest settlements in this region, and some of the earliest churches and schools in Pickens were at or near the present site of the town. Talking Rock is also close to the site of the old Indian village, Sanderstown. One of the earliest cotton mills in Georgia was started at Talking Rock by William C Atherton, and flourished until the Civil War when it was destroyed by Sherman's raiders. The Talking Rock neighborhood was settled by a number of Presbyterian families, most of whom came to Pickens County about the time of the Indian removal. It is located on the old L&N Railroad line."

Today Talking Rock is a quiet little village off the beaten path along the creek where Cherokees once farmed. Just a few quaint shops where the conversation is as interesting as the antiques and collectibles. A tiny Post Office. A couple of churches on the mountainside and cemeteries with markers telling stories of a lively past. It is just the setting that makes one want to abandon big city life forever -- but when this sentiment was related to one of the town's original residents, he was heard to remark, "Don't forget to shut the gate behind you!"

Posted by North Atlanta Homes at 9:19 AM 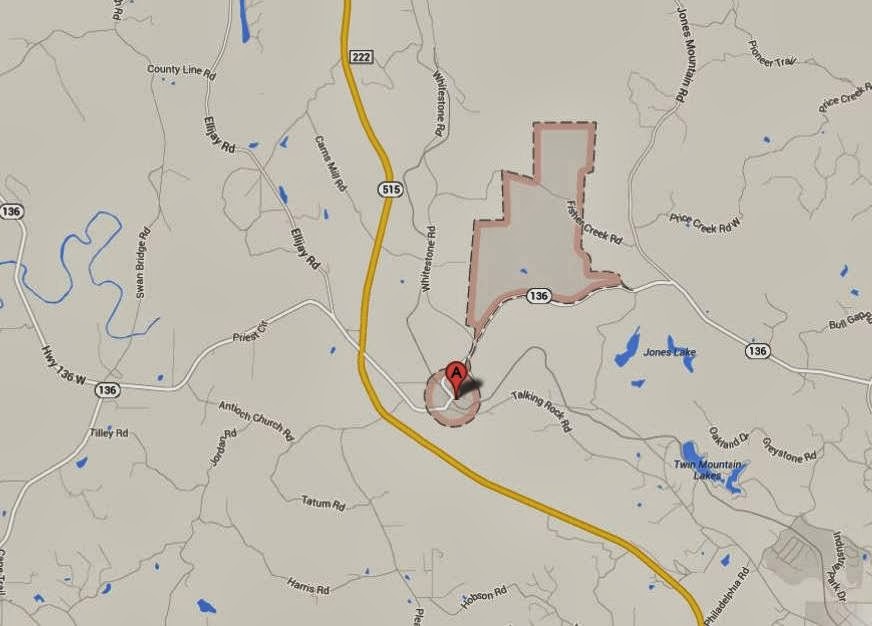 North Atlanta Homes
If you are interested in information on Real Estate located in North Atlanta GA, you came to the right place. Here you will find local blogs on neighborhoods and more. Feel free to visit our office located at Realty On Main 301 North Main Street, Alpharetta GA 30009. We look forward to working with you in the near future!